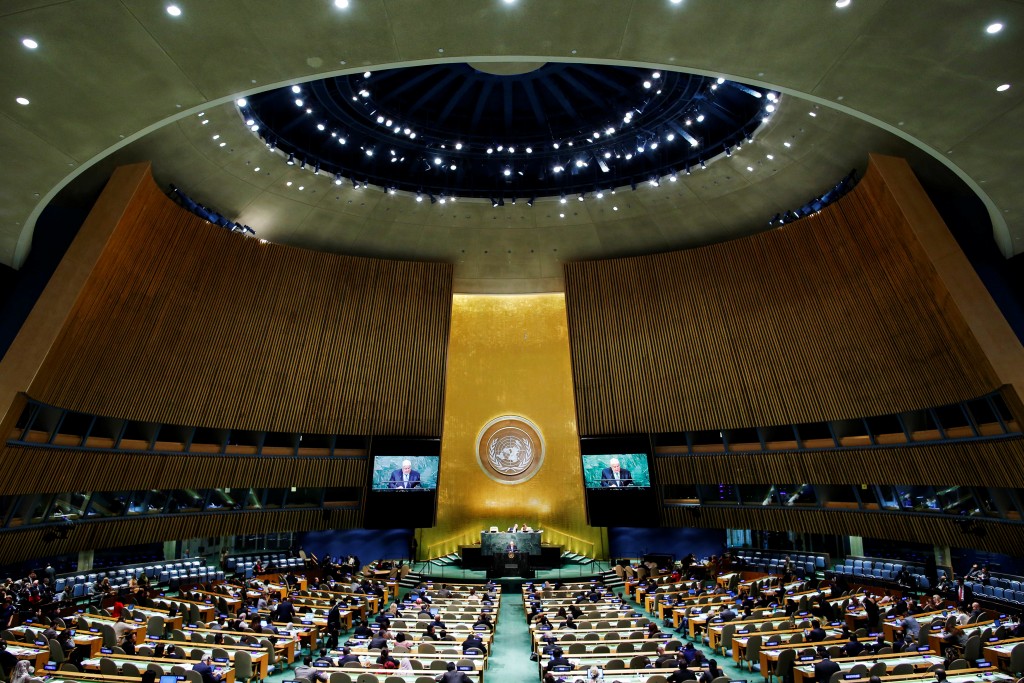 On October 27, 2016, the UN General Assembly First Committee on Disarmament and International Security adopted draft resolution A/C.1/71/L.41 deciding “to convene in 2017 a United Nations conference to negotiate a legally binding instrument to prohibit nuclear weapons, leading towards their total elimination.” This is a major development in the debate on the future of nuclear weapons and how to prioritize various international efforts for nonproliferation and disarmament. If the General Assembly passes the resolution in December, negotiations on a nuclear weapons ban may begin in March 2017.

Disarmament focused NGOs and nuclear-zero activists have long advocated a treaty outlawing nuclear weapons and strongly support a process stigmatizing not only their use but also their maintenance. Such stigmatization was achieved vis-à-vis chemical and biological weapons as well as anti-personnel landmines on humanitarian grounds. 123 countries voted in favor of the draft resolution calling for negotiations on a treaty banning nuclear weapons, including Austria, Brazil, Mexico, Nigeria and South Africa, which were among the sponsors.  16 countries abstained, including China, India and Pakistan.  38 voted against, including Russia, NATO countries, and other U.S. allies under the American nuclear umbrella, notably South Korea and Japan.

As the only country to have suffered a nuclear attack, Japan’s “no” vote was domestically controversial. Hidankyo (the Japan Confederation of A- and H-Bomb Sufferers Organizations) lodged a protest with the Abe government in an October 28 letter arguing that Tokyo’s official position “trampled on the wishes of hibakusha [atomic bombing survivors].” However, Japan sponsored a non-binding UN resolution (as it has each year for the past 23 years) calling for the abolition of nuclear weapons and advocating “every effort to raise awareness of the realities of the use of nuclear weapons, including through visits by leaders, youth and others to interactions with communities and people, including atomic bomb survivors.”

The draft resolution put forward by Japan was supported by 167 countries and co-sponsored by the United States.  Only four countries voted against it: China, North Korea, Russia and Syria. Chinese representatives called Tokyo’s suggested text an attempt at revisionist history that portrays Japan as a victim of World War II.  The Japanese draft resolution also condemned North Korea’s nuclear and ballistic missile tests while praising U.S. President Barack Obama’s May 2016 visit to Hiroshima.

A recent Asan Issue Brief examines the international politics surrounding nuclear weapons by explaining the process leading up to and implications of Obama’s Hiroshima visit.  While global nonproliferation and disarmament efforts were encouraged by the symbolism of a U.S. president paying respects at the A-bomb memorial, domestic debates ahead of the trip illustrated historical divisions in Asia. The Obama administration sought to bookend the president’s 2009 speech on nuclear disarmament in Prague (that won him the Nobel Peace Prize) with the Hiroshima visit and a UN Security Council resolution supporting the Comprehensive Test Ban Treaty (CTBT). UNSCR 2310 passed on September 23, 2016, recognizing a global norm against nuclear testing.

Attention at the UN has since turned to debate in the General Assembly First Committee over the push by some member states for a treaty banning nuclear weapons altogether.  Robert Wood, the U.S. Representative to the Conference on Disarmament, disappointed nuclear-zero activists when he explained Washington’s opposition to the October 27 draft resolution:

While we respect the views of the proponents, we disagree with the practicality of their approach and are concerned with the negative effects of seeking to ban nuclear weapons without consideration of the over-arching international security environment…Diverting focus from [existing nonproliferation and disarmament efforts] in favor of a nuclear weapons ban would be both polarizing and would forsake long-standing principles of credible nuclear disarmament, such as verifiability.

Ambassador Wood strongly implied that the main obstacles for nuclear disarmament are Russia’s unwillingness to engage in further reductions, China’s efforts to expand and modernize its nuclear arsenal, and especially North Korea’s violation of international norms and agreements with actions that threaten regional stability in Asia.

President Obama’s nuclear legacy is seriously challenged by North Korea’s current sprint to develop nuclear missile capabilities.  The U.S. and its allies should be unified and vocal in the position that rather than pursuing a legal ban on all nuclear weapons, attention at the United Nations would be better devoted to passing a Security Council Resolution in response to North Korea’s September 2016 nuclear test.  The new resolution should expand upon and strengthen UNSCR 2270 by closing loopholes exploited by North Korea’s coal exports, forced labor sent to work abroad, and overseas trading networks that engage in sanctions busting via China.  Further measures to counter Pyongyang’s nuclear threat should not be delayed by well-intentioned efforts for global disarmament and cannot wait for the next occupant of the White House.

* The views expressed herein do not necessarily reflect the views of the Asan Institute for Policy Studies.